What Controls Our Health Habits? 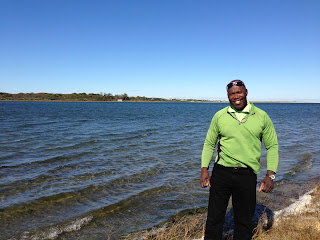 Also contributing to the difficulty in changing our health habits is the fact that these habits often are unstable over time. For example, some people go on crash diets for special occasions such as weddings and reunions. In doing so, they restrict their caloric intake for a short time losing large amounts of weight only to return to their old eating habits following the special occasion. Other people might adopt a healthier lifestyle only to slip back into their old patterns during a time of high stress. The job of a personal fitness trainer and nutritional specialist is to help clients establish and maintain healthy behaviors that they can sustain for a lifetime.
Posted by LMH Fitness at 11:01 PM No comments: 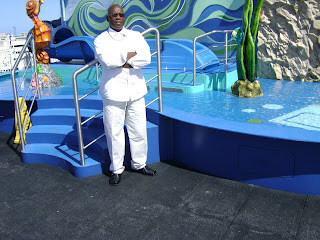 Another obstacle people face when trying to change their bad health habits is the pleasure they get from these unhealthy practices. For example, junk food and sweets are fun to eat. A person may crave her favorite foods and derive great pleasure from eating them. Many unhealthy behaviors are automatic, such as planting oneself in front of the television for several hours each night. Any habit that is pleasurable is difficult to break, and in our society eating junk food and watching hours of TV are two of the strongest.
Read more »
Posted by LMH Fitness at 10:10 PM No comments:

Labels: Sir Linston M.Hensley, Water and Protein is the starting point in Bodybuilding.

When a person is in the preparation stage of behavioral change, she has made the decision to change her behavior but has yet to put the change into action. People in this stage may have made attempts at change in the past and failed because they didn't have a plan.

An example of a person in this stage is Dana, a 33- year-old  mother who knows that her eating habits are unhealthy and has made dozens of failed attempts at dieting during the past few years. However, she consistently fails back to her old, familiar patterns. There have been times in which Dana has modified her eating behavior by choosing a healthier snack or ordering a salad rather then the normal high-fat dishes she routinely gets when out to eat with her husband. however, she has been unable to reduce or eliminate her junk food cravings or consistently increase her physical activity.

Dana tends to blame stressful life events for her inability to successfully change her eating behaviors. She says that she will start to exercise and eat right just as soon as her life becomes more manageable. Delaying action and previous failed attempts of behavior modification both are signs that a person is in the preparation stage of change.
Posted by LMH Fitness at 11:34 PM No comments: